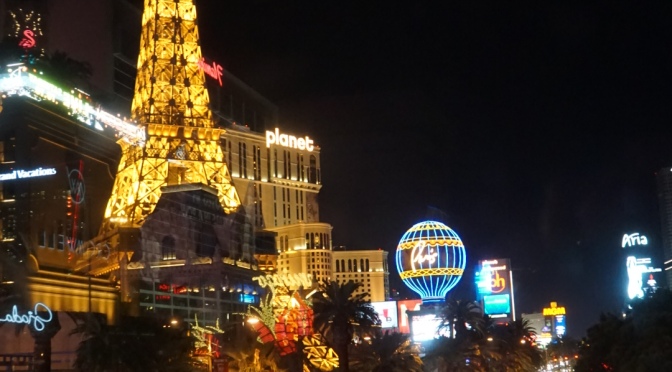 Today we packed up again and flew via Chicago to Las Vegas. On our flight from Washinton to Chicago, we met a fantastic Steward called Rodney. He had dreads very well contained in long wraps and he had frameless glasses, and greying hair.  He was tall and slim and black, and had been married for 22 years and has a couple of kids We met him again on the next leg of our journey from Chicago to Las Vegas.  I gave him one of the furry koalas I brought with me for those who gave exceptional service. The food on the American Airlines flight was beautiful, yummy and fresh. Upon our arrival in Las Vegs where the desert winds blew a little and the car cleaners at the Hertz station mentioned them in apology if your car was dirty.  We collected a car at the airport in like this one. 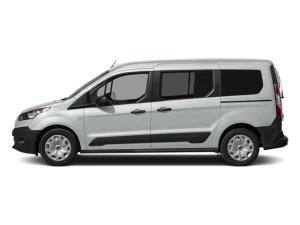 We needed a vehicle this size due to the bags each of us is toting around.  And then there is the extra stuff we have bought at all the outlets and presents and stuff.  So we are currently running at 4 suitcases, two large extra bags, two smaller cabin luggage, 3 hand bags, and 2 camera bags.  So we need a van!

We will probably need two taxis when we arrive home too. lol

Famous Las Vegas sign more info here about its origin and the clever woman who created it. Betty Willis who only died at 91 in April this year.

Hilton Grand Vacations at The Flamingo

We were on the 4th floor so lift waits for rides were few.  Our MO when we arrive at these places is looking for – the gym, the pool, the ice machine and the laundry.  Once that has been sorted we usually settle down for a drink or swim or get the laundry done.

It’s all very civilised.  In Vegas we went out to have a look around and were only one Casino’s width from the Strip.  Saw posters of Donny and Marie Osmond who perform at the Flamingo Casino next door.

The Strip is pretty ordinary in the day time.  There are homeless people on every street corner/bridge/walkway.  At least they won’t die from the cold. Some we saw in New York looked very sad.  I never know what to do, I would probably talk to them all but when I am with other people I tend to walk on.  I gave a few dollars to a couple of different people as I walked by.

Just thought about the movie that Richard Gere has just made about being homeless. Read an article in Street Sense (I bought a copy from a guy)- which is a paper in Washington sold by street vendors who are trying to get back on track – like our Big Issue in Perth. Anyway he said that they filmed for 45 mins when he was being the ‘homeless’ guy and no-one spoke to him.  http://www.india.com

I spoke to a kid in town one day and gave her some money.  I have also heard that kids do it and make between one and two hundred dollars a day.  I don’t know what is the right thing to do.