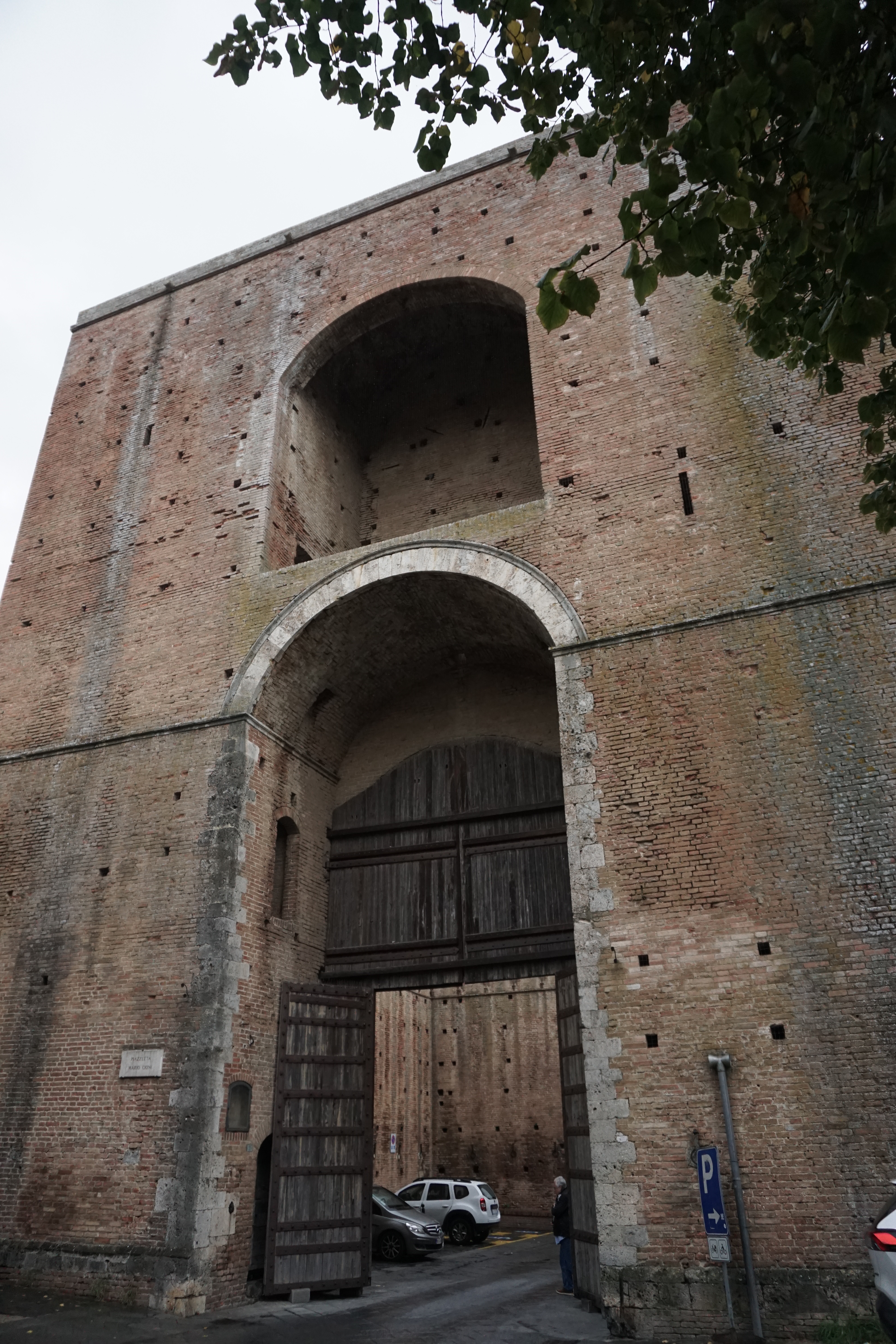 We drove Siena and the countryside was lovely. The highways, which are fast, are to very badly maintained. They are rough and not wide enough, where no-one seems to abide by the speed limits posted on the roadsides. 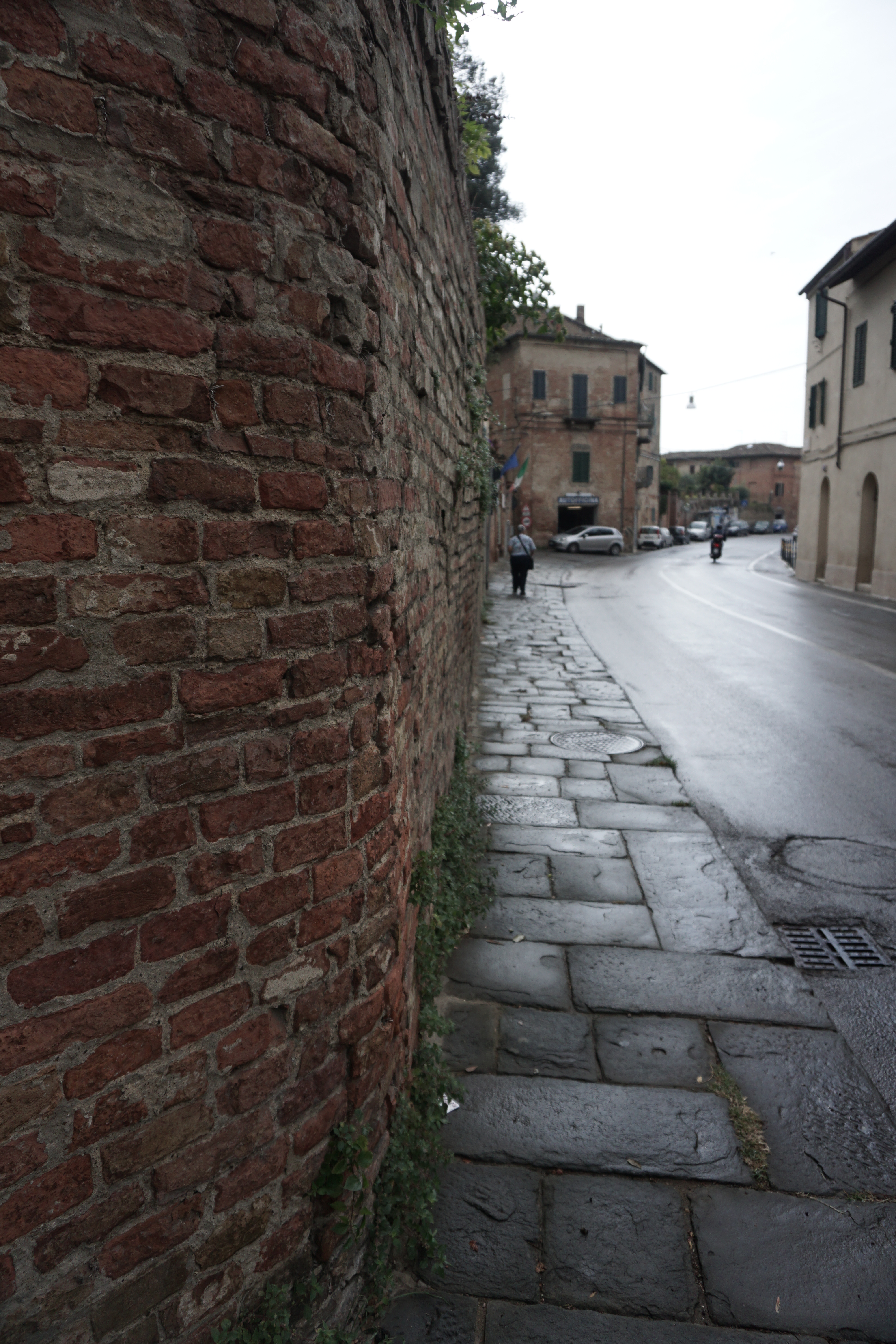 Once we arrived, we found our way to the old city and drove through an archway which may have indicated that it was a restricted zone for only motorbikes and taxis. 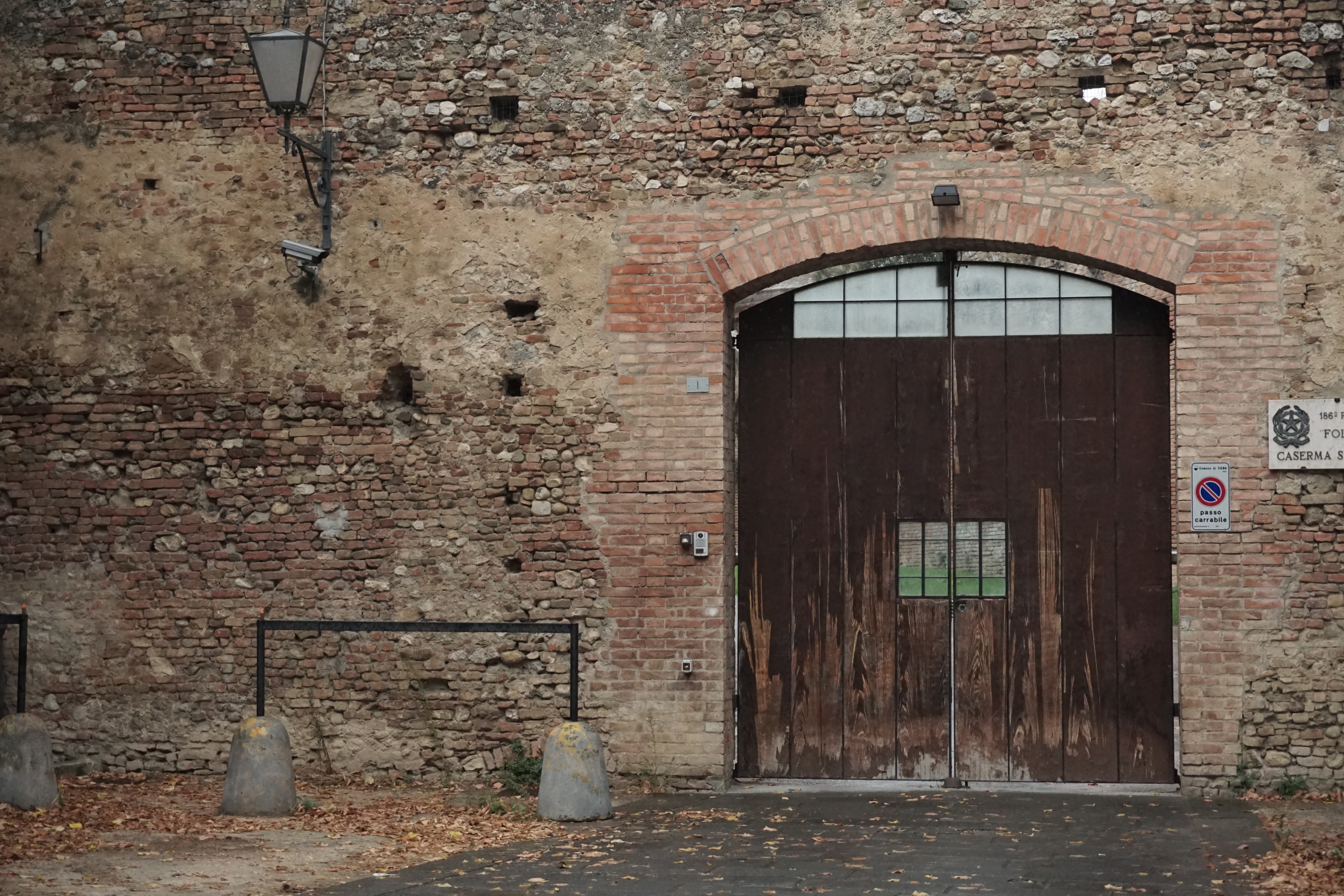 We parked there and just as we were getting out of the car it started to rain. Very disappointing, because we had not seen rain in the forecast, so did not have any rain attire with us. This meant we returned to the car and drove to another place to park which didn’t look so illegal. After the change, the weather did too, and we saw no more for the remainder of the day.

We walked further into the old town along winding roads and then had lunch.

We then started our journey into the old city a little further.  The closer we went to the centre of things like the Piazza Duomo, the more the tourist shops thrived.  The selfie-sticks and the crowds increased.  The place we were heading for was the large arena where the Palio di Siena (horse race) is held in the piazza called Il Campo – twice a year and it was crawling with people. 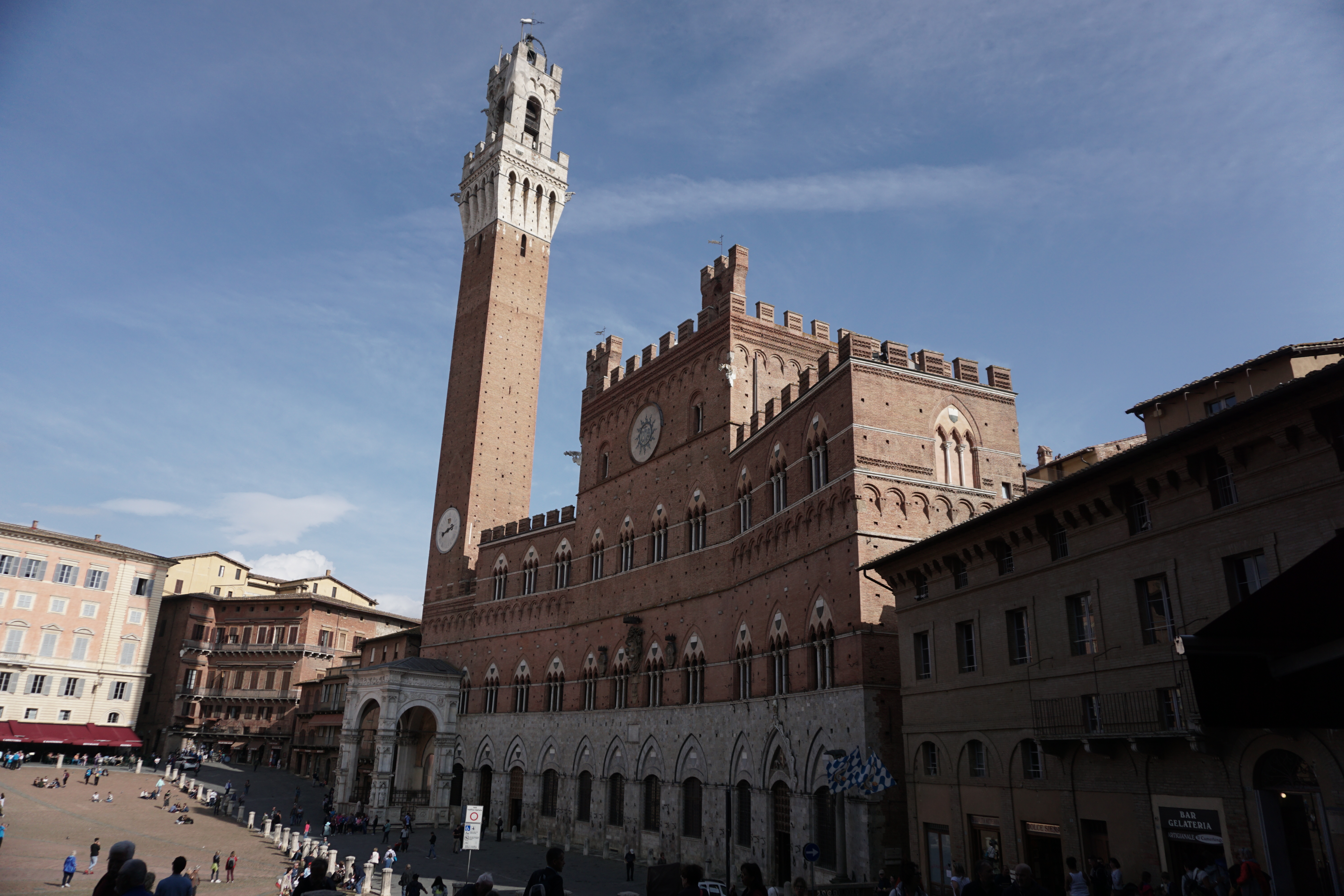 They were everywhere, some sitting on the ground in the centre of the red brick arena, others standing taking photos and more eating at the many restaurants circling the piazza. The noise was remarkably loud with so many restaurants and the vendors selling everything from scarves, t-shirts, caps and trinkets. We took a video and the playback showed just how much noise was bouncing around the huge open space in the middle of this town.  I had not been there for 40 years and it seemed smaller this time.  “Ain’t it the way”? 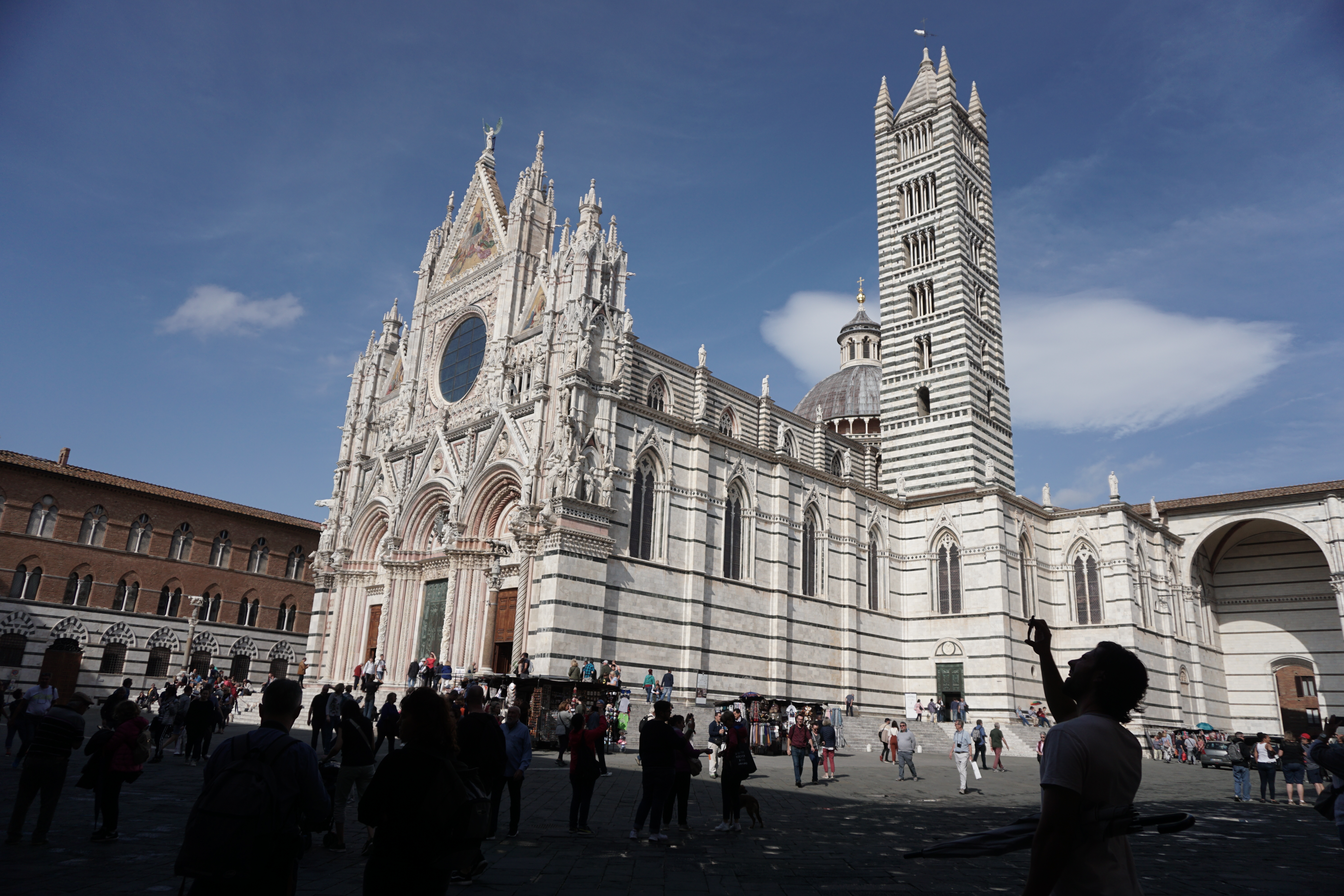 The walkway into the arena was very incredibly steep, with polished stones which made it ‘feel’ scarier. It was about 20 metres long and going slowly down it was the only way to arrive safely.  It was very funny walking down the road, which of course made it more dangerous. 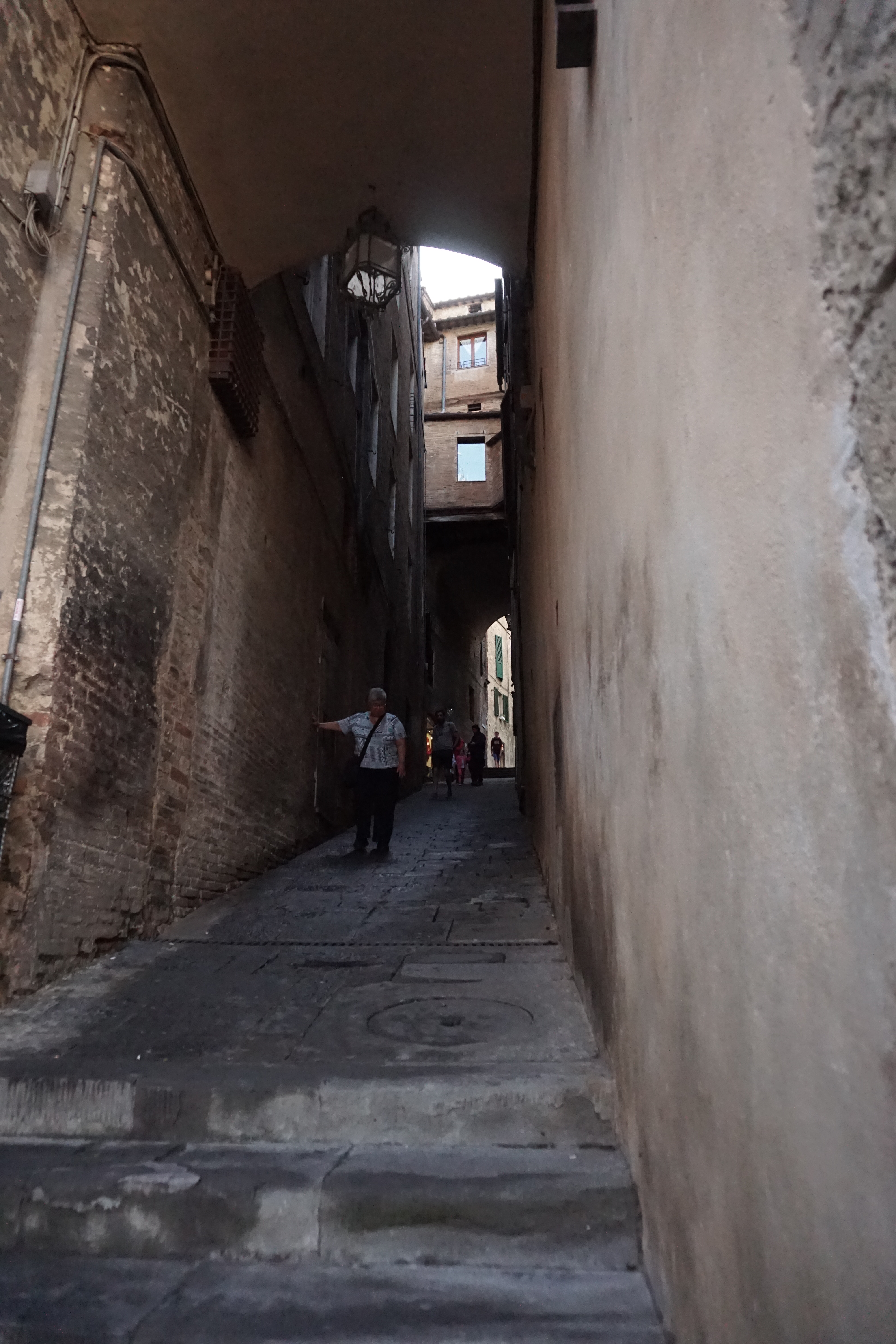 The drive back was fast until we approached the base of the town of Cortona where the roads are scarily skinny.  Some vehicles seem to think they own the road and travel at frightening speeds around curves on the wrong side of the road.  But caution prevails and so we survive.  It certainly is rather stressful driving on the “wrong” side of the road in a car you are unfamiliar with albeit a Mercedes C180 and on roads that are too narrow for two cars to pass it seems – even though that is actually an illusion, you just have to be respectful and keep on your side.